What unique features are available at GGPoker final tables?

When do these final table features activate?

Does not apply to Freeroll, Satellite, and T$ Builder tournaments 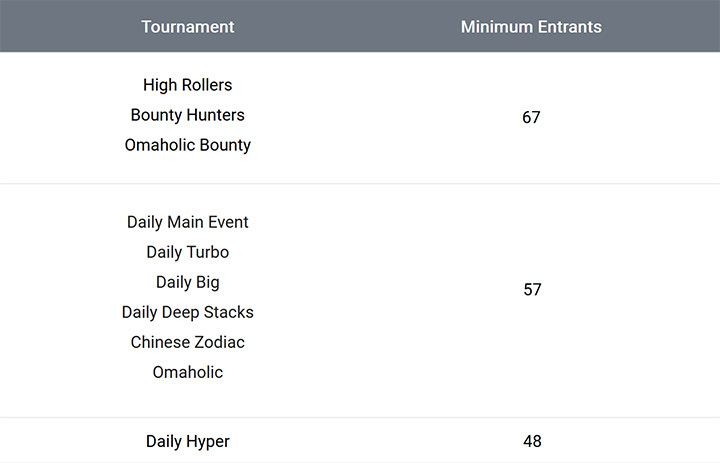 * Please note: a re-entry is classified as a new entrant to a tournament, but rebuys/add-ons are considered part of a single tournament entry 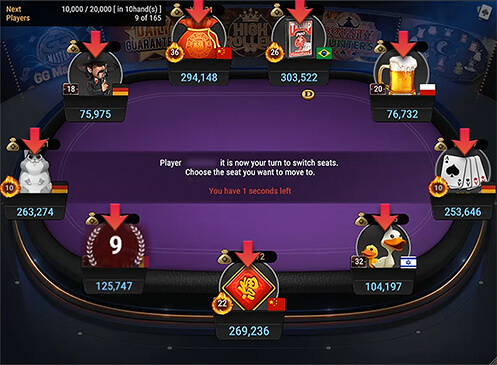 How does switching seats work?

How does Deal Making work?

What is ICM (Independent Chip Model)?

ICM is an acronym for Independent Chip Model, and is a prize distribution method based on the current chip count of players, ignoring external factors such as poker skills, blinds, bubble, etc… 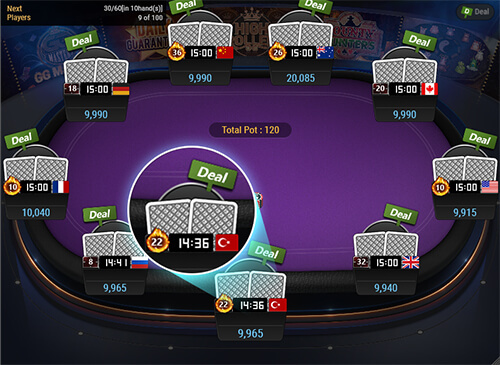 Once the ‘Final Table Features’ are activated, the blind level will change based on hand counts (number of hands dealt) instead of time.

The number of hand counts per blinds may differ for each tournament.

What is a Chess Clock?

In certain tournaments with 100 entries or more, once the final table is reached the blind level may be automatically amended to ensure a better final table gameplay experience for remaining players.

This ensures that there will be more play at the final table!

You can check your entire tournament records and results via PokerCraft.

Take a look at every hand you played in a given tournament.

The selected tournament’s change over time with regard to your own chip stack, the average stack and the largest stack can be viewed on his graph.

You may also view a selected tournament’s details, including the finishing rank and winnings of all participants.